Home Uncategorized Upgraded UPI 2.0 may be rolled out on Friday

Upgraded UPI 2.0 may be rolled out on Friday:

The National Payments Corporation of India (NPCI), which manages the UPI platform, presented a demonstration of UPI 2.0 to some top bank officials on Tuesday 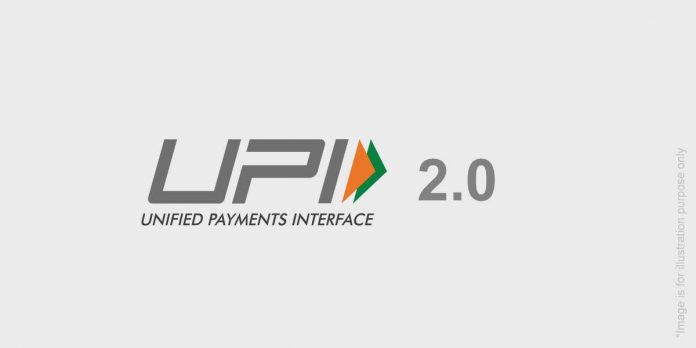 An upgraded version of the unified payments interface (UPI), UPI 2.0, is expected to be launched on Friday, after several months of delay.
The National Payments Corporation of India (NPCI), which manages the UPI platform, presented a demonstration of UPI 2.0 to some top bank officials on Tuesday, said two people familiar with the development.
NPCI is the umbrella organization for all retail payments in the country. UPI is a payments system that facilitates instant fund transfer between two bank accounts on a mobile platform, without requiring any detail of the beneficiary’s bank account.
Fintech companies have been waiting for the launch of UPI 2.0 since September last year, though NPCI has never announced a launch date.
All the apps of banks and fintech companies based on the existing UPI platform will have to be upgraded once the new version is rolled out.
“UPI 2.0 will have additional features such as generating collect payment requests along with invoice/ bill attachment, one-time mandate with block functionality, signed intent/quick response code, adding of overdraft account type in UPI and foreign inward remittance,” said one of the people mentioned earlier.
However, the much-hyped biometric payment authentication feature, which was supposed to be rolled out with the help of the Aadhaar service, has been withdrawn because of privacy concerns, said the person quoted earlier.
The launch of UPI 2.0 comes as monthly transactions through UPI crossed the 200-million mark for the first time in June.
Under UPI, 246.37 million transactions amounting to ₹40,834.03 crore were carried out during the month, which is an increase of 30% in transaction volume over the 189.5 million transactions worth ₹33,289 crore in May.
The highest volume of transactions recorded on a single day was on 20 June, when more than 10 million transactions were conducted through the platform.
In the last one year, the monthly UPI transaction volume has risen around 2,000%, NPCI data showed.
The playing field between bank and non-banks apps offering UPI-based services is not level, according to an industry expert, who did not want to be named.
All the cashback offers by the government are applicable only on bank-led UPI apps or the Bharat Interface for Money (BHIM) app.
Transactions through the UPI received a major stimulus after Prime Minister Narendra Modi launched the BHIM app on 30 December 2016.
UPI was launched in August 2016 with 21 banks and is now offered by about 110 banks.
Emails sent to NPCI seeking details of the launch remained unanswered till press time.