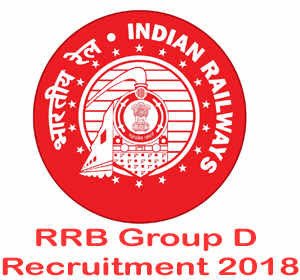 RRB Group D Exam Dates 2018 have not been released as yet. With no updates from the Indian Railways and Railway Recruitment Board, sources and experts hint at a further delay Here is why.
Railway Recruitment Board, RRB is yet to release the RRB Group D Exam Dates for First Stage CBT 2018. The online recruitment process and application correction for RRB Group D recruitment 2018 is over. The exam dates are expected to be notified by end of this month on different regional RRB websites like rrbajmer.gov.in, rrbmumbai.gov.in, etc. Sources however have suggested that the exam dates may be further delayed and exams may begin from November 2018.
The reports, though unconfirmed, suggest that RRB may push back the first stage CBT of RRB Group D Recruitment 2018 till November. Sources suggest that RRB is considering making way for other departmental examinations which are also scheduled to be conducted soon. However, there is no confirmation.
Experts agree that the resources have to be mapped. However, some have suggested that Railway examination may get precedence. The concern, however, is the logistics of conducting the examination as the holiday season is also upon us. [Related News | RRB ALP Admit Card 2018 Released: Check instructions, link to download and download schedule here
Pointing out to the upcoming festival season, experts point out that there is an increased movement within the railways. Though the departments are difference, experts point out that as many as 1 crore 90 lakh candidates are expected to mobilise during the said examination. With nearly 4 lakh candidates appearing on a daily basis for the on-going RRB ALP & Technician examination, already special trains are running. This, experts point out, is not feasible during the festival season.
Experts agree that given the logistical concerns, RRBs may decide to conduct the RRB Group D examination 2018 only after Diwali and Chhath Puja (which is on November 7 and 13 respectively). As to the possibility of conducting the examination in September, there is a possibility experts suggest highly unlikely.
Loading …
RRBs are likely to release the exam dates for RRB Group D Recruitment 2018. As many as 1.90 crore candidates have applied for the 62,907 vacancies in Group D in Indian Railways. The examinations are expected to be conducted over a period of 40 to 45 days. There is no official update on RRB Group D Exam Date 2018 yet.