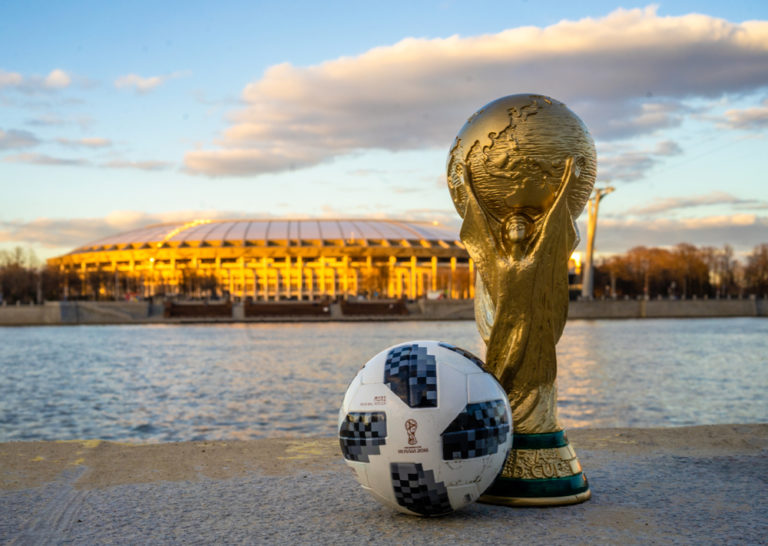 Tomorrow morning at 10 am EST the eyes of the world will turn to Russia as France and Croatia duke it out in the final game of the World Cup.
The last World Cup in 2014 was watched by almost 3.2 billion people and the world’s population has grown by almost half a billion since then. That makes tomorrow’s event the most watched global event by any estimate.
As any sports fan knows, with mass coverage comes mass gambling. This year world cup gambling is expected to make bookies a profit of more than $36 billion. While most of this gambling is going to take place in fiat, at least some will take place in crypto. Gambling with crypto is not a new phenomenon, and gambling ICO’s dominated ICO funding last summer. Most of these platforms are not live yet but are expected to bring in massive amounts of capital and even pump prices of coins like Binance Coin and Ethereum used to bet on events.
One platform that is live and accepting bets in cryptocurrency is called CryptoBets. It’s the evolution of the CryptoBowl platform we reported on earlier this year which allowed users to place bets in Ethereum on events like the Superbowl. What I found interesting about CryptoBets, and still find intriguing is the simplicity of the whole thing. It’s simply an open source Ethereum smart contract that checks football-data.org to decide a winner. There’s no complex ICO, no tokens to buy (other than Ethereum). There CryptoBowl wager ended up with nearly $25,000 worth of Ethereum in the pot.
Unlike last time, however, this time the bet will be a 0% (compared to 10%) commission meaning that there is no “bookie”. Just users betting against other users.  The distribution mechanism is also unique in that it results in a self-creating spread. Winners will receive whatever money is in the losers pot proportionate to the amount they contributed to their own pot.
One thing I commented on last time, that I think remains true in the newest incarnation of CryptoBets is that the existence of the product, along with the popularity of CryptoBowl point to a sense of “ICO Fatigue” among investors. Cryptobowl supposes that perhaps not every company needs it’s own token and that smart contracts, in and of themselves, are powerful enough to do a lot of the things blockchain users want to do like trustless gambling.
I’ll be interested to see how CryptoBets evolves over time, whether or not it survives, and if it does whether they’re able to stick to their bold pronouncement of “No ICO”.
Enjoy the game tomorrow!
Featured image from Shutterstock.